What if, as the Foundation marks its 10th anniversary, we look back to that first day when we decided to commit to serving our communities? If we had to pick just one idea, just one passion, what would we hold on to among the fights we fought, the ideals we pursued, the inertia we challenged?

I believe that at the root of it all was a fierce desire to break down the barriers of injustice, whatever form it takes, in a profound expression of solidarity. To be fighting the good fight everywhere human rights are abused, in the name of dignity.

Still, in 2011, when we began advocating internationally for dispossessed and isolated widows, we didn’t quite fathom the full symbolic significance of this act.

As Victor Hugo so rightly said, “Nothing is more powerful than an idea whose time has come.”

This seed we sowed at the heart of our actions has taken root and blossomed. It has been put to work for the most vulnerable among us. Youth, to enable them - through the Equal Opportunity Schools or the Ozavino Scholarship - to access quality education and make their dreams come true. People living with a physical disability - helping to change the way people view their condition and encourage their personal development. Individuals and communities - so that they can tackle challenges and play a major role in their sphere of influence. Women and girls in our country. Breaking through barriers to reach out to them.

Getting closer to those who are afraid to ask, to confide, to lift the veil on their painful experiences. Advocating for their rights. The right to life, to respect, to freedom.

And the time has come.

2021 will be remembered as one of the most important years in the history of the Foundation and of women in Gabon. It is the result of painstaking and patient work that we have undertaken step by step, over time, alongside the Government and the civil society.

The health crisis we experienced could have wiped out years of advocacy to reduce gender-based inequalities. But instead we chose to push the limits even further. For them.

While we were all stunned by the impact of the pandemic, we chose to gather our forces and support and assist in the implementation of the Gabon Equality governmental program as a matter of priority.

As a result, our country has built a revolutionary legal arsenal, eliminating all legal discrimination between men and women and bolstering the fight to end gender-based violence against women.

There is no greater happiness and emotion than knowing that this beautiful victory is the result of years of continuous actions, both great and small.

Today, as we look to the future with a sense of accomplishment, we are also making time to consolidate our programs in order to put a lasting end to unjust and degrading acts.

We want to express our gratitude to all our partners who have never ceased to place their trust in us. For the shared sorrows and joys, the causes supported and the battles won, I want to express my heartfelt thanks.

Together, let’s continue to break down barriers. 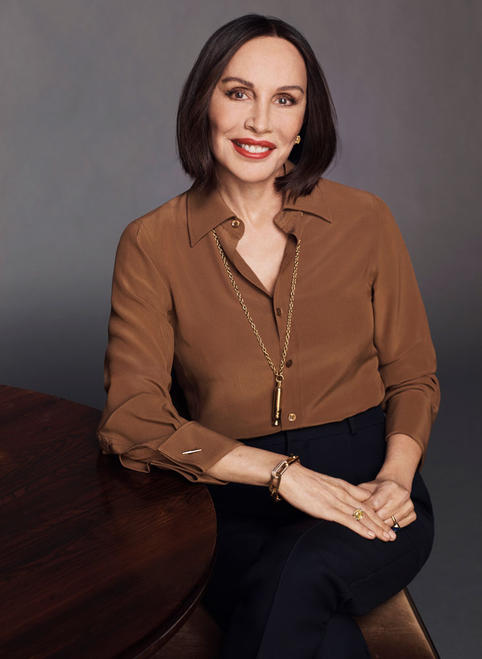