" An awareness campaign for HIV/Aids, STIs and teen pregnancy for a responsible youth in Gabon "

In certain areas (Provinces) such as Woleu-Ntem and Moyen-Ogooué in particular, numbers are particularly high: 7.2 %. Libreville conforms with the national average with a rate of close to 4 %.

These are the facts which inspired the Sylvia Bongo Ondimba Foundation for the Family to commit its resources to an awareness campaign for the fight against HIV/Aids, sexually transmitted diseases and teen pregnancy.

This campaign, named SAFETY FIRST, comes under the Foundation’s Youth Initiative with the help of the Directorate General for the Prevention of Aids (DGPS).

For this purpose, the Foundation has produced an exclusive range of condoms branded You&Me by FSBO. Sporting the colours of the Foundation’s various initiatives, these condoms will be distributed free of charge to youngsters during an original and innovative campaign based on the necessity to protect oneself. This campaign, which above all aims to avoid moralising, will focus on bringing about awareness among our youth through fun and accessible events, to open their eyes to the risks of unprotected sex.

In Gabon, when it comes to HIV/Aids, we note:

As for teen pregnancy:

These alarming figures not only show far too high a rate of HIV/Aids, but also, among the youth, far too slow a reduction in the incidence of the infection. There are two reasons for this: young people do not protect themselves enough, and condoms are too infrequently used.

Education, support and awareness brought to Gabonese youth is now a real necessity .

SAFETY FIRST (Safety above all else)

A message aimed at young people:

Three types of activities will be conducted alternately: awareness campaigns on the ground and “SAFETY FIRST” camps.

- during the week, meetings with young people in their own surroundings, in their everyday environment.

- instigation of a dialogue around the topic of HIV/Aids and teen pregnancy with our volunteers trained by DGPS, youth awareness about the situation in Gabon, the risks they face, potential consequences on their future life and protection means at their disposal

2. A “SAFETY FIRST Camp” in Libreville offering a variety of awareness activities and personalised advice in an approach we refer to as “Edu-tainment”. A “SAFETY FIRST” Camp set up in Libreville four Sundays in a row opposite the School Hygiene Centre to bring about awareness, educate, listen and advise young Gabonese people.

3. A travelling "SAFETY FIRST” caravan visiting the capital cities of the main provinces.

- awareness, education and personalised advice as well as condom distribution.

For this campaign like for the Pink October campaign, we rely on your support and on your participation. 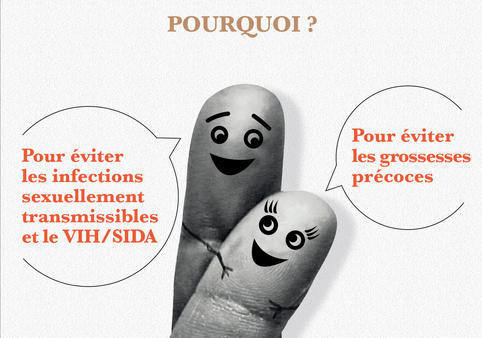 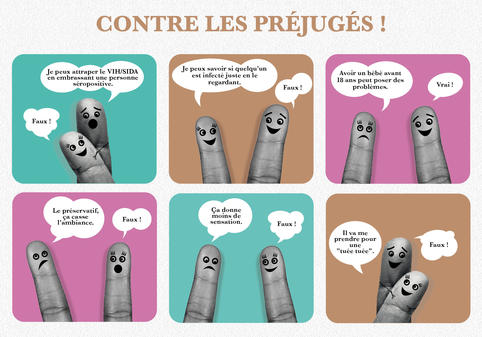 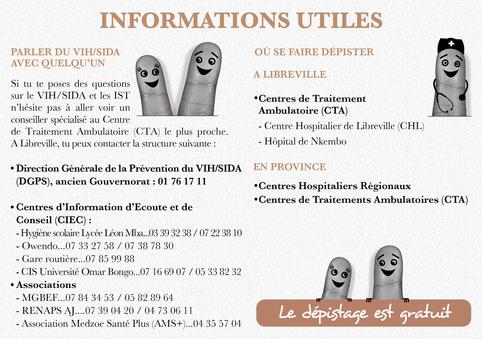