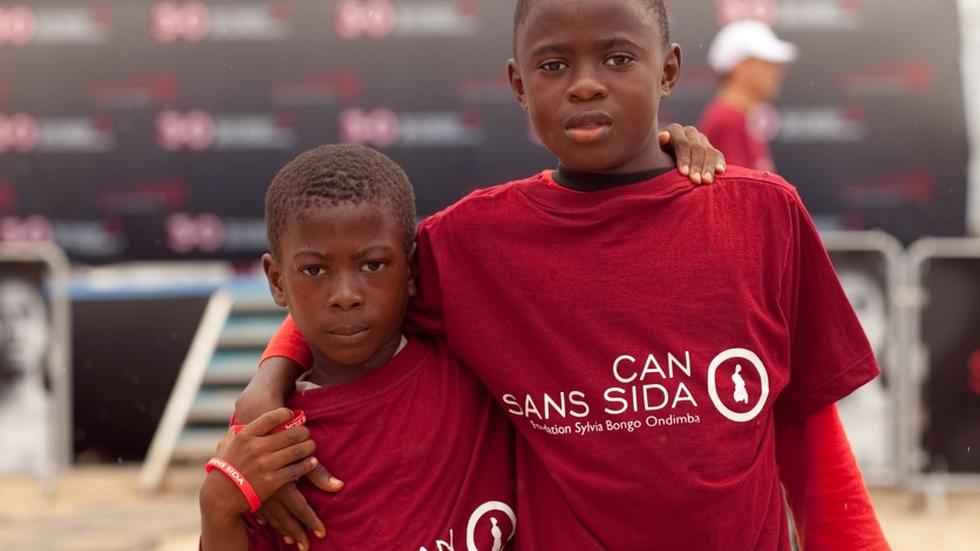 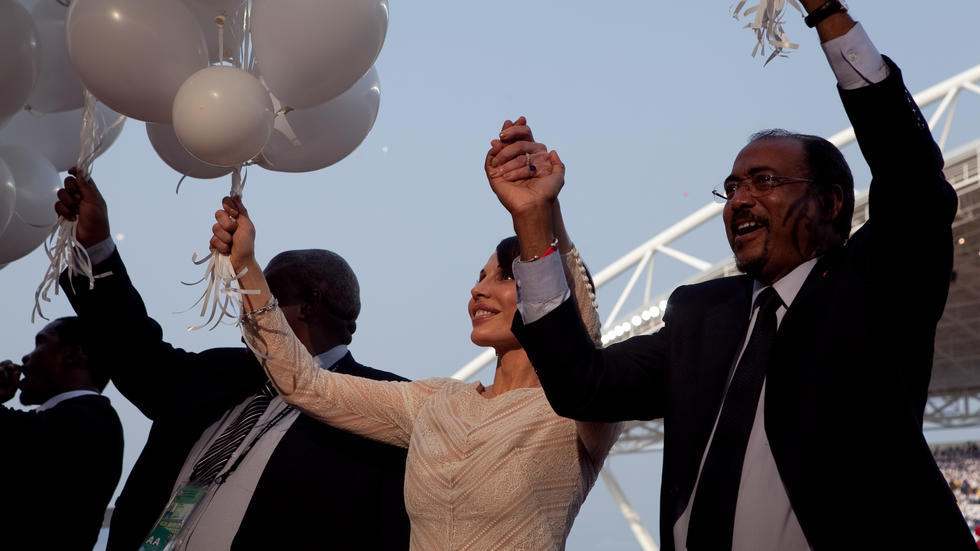 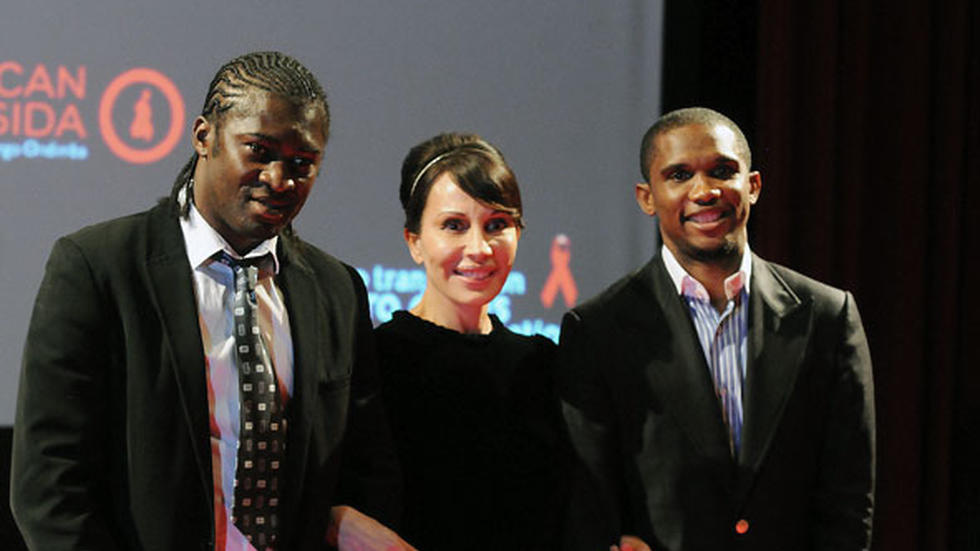 International mobilisation, prestigious sponsors, awareness campaigns in the neighbourhoods and one-off events at the opening and closing of the African Cup of Nations in Libreville.

The ‘CAN Without AIDS’ campaign ran throughout the entire 2012 Can-Orange competition for a clear victory against AIDS!

The ‘CAN Without AIDS’ campaign urged us not to forget the HIV pandemic on the African continent during this period of festivities and competition.

Supported by the African Football Confederation (CAF) as one of the four charitable and humanitarian causes of the 2012 CAN Orange, the campaign benefited from never-before-seen mobilisation, creating a huge audience for the messages on prevention for a clear victory, a Three to Zero, against AIDS:

In order to make this campaign appealing to young people, the Foundation chose emblematic sponsors, stars well-known by the public, particularly football heroes known for their sports and humanitarian values.

Captain of the unbeatable Lions from Cameroon, 4-time champion of the African ‘Ballon d’Or’

“As an African, this cause is close to my heart. I also grew up in a poor neighbourhood. I knew people who had been infected by AIDS because they did not know how to protect themselves. This is what I want to avoid for young people”

Goalkeeper of the Panthers team from Gabon

as the victory of our national team (…). This is my way of giving back to young people for all their support, by transmitting the 'CAN Without AIDS' message.”

The commitment of these emblematic football heroes allowed us to establish a parallel between the game and life in order to highlight the need for strong values if we are to score a victory over HIV and AIDS:

‘CAN Without ’ provided an opportunity for the Foundation to organise exceptional events aimed at spreading the message concerning the prevention of HIV/Aids even more widely.

On 23 January 2012, as a prelude to Gabon's first game in the competition, against Niger, the Foundation organised the release of 50,000 balloons by 300 children in the middle of the Amitié Stadium to symbolise the fight against AIDS. The famous red ribbon, universal symbol of the struggle against AIDS, floated through the stadium to mark the start of the 'CAN Without AIDS' campaign.

This celebration took place in the presence of First Lady Mrs Sylvia Bongo Ondimba, the Under-Secretary-General of the United Nations and Executive Director of UNAIDS Mr Michel Sidibé, Samuel Eto’o and an official from the African Football Confederation.

On 10 February 2012, the Sylvia Bongo Ondimba Foundation organised a large beach soccer tournament, which brought together around 2,000 young people, with the support of King Pelé in person, and Daniel Cousin, the captain of Gabon’s Panthers.

Pelé, who had been named "Player of the 20th Century" by FIFA, joined the First Lady to lend his support to the 'CAN Without AIDS' social awareness campaign.

On 12 February 2012, at the closing ceremony of the 'CAN Without AIDS' campaign, around 235 children formed a human red ribbon on the lawn of the Amitié Stadium in Libreville, a few minutes before the kick-off of the African Cup of Nations final.

Throughout the competition, the Foundation reached out to local communities through an intensive mobilisation campaign.

These outreach actions, supported by 200 volunteers from OPALS (the Pan-African Organisation against AIDS) and the Gabonese Red Cross, enabled the following:

The ‘CAN Without AIDS’ campaign in figures

In only three weeks, 'Can Without AIDS' was widely acknowledged as being closely linked to the sporting competition.

The combined efforts of volunteers in the field and the exceptional actions carried out by the Foundation produced the following results: 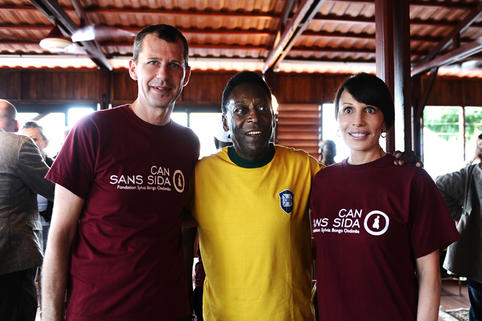 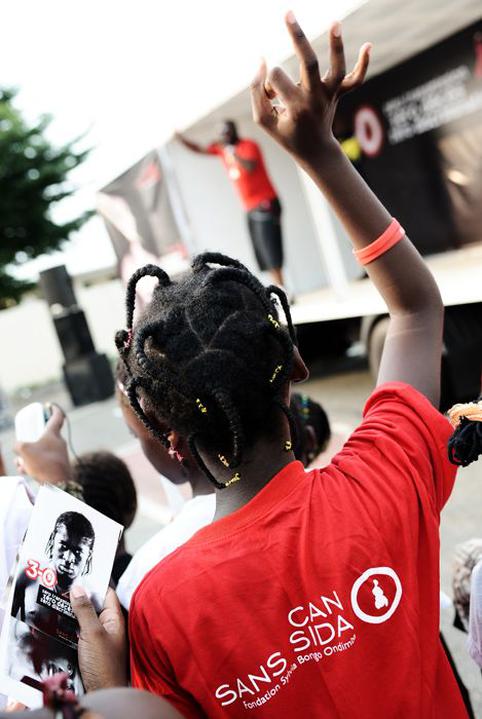