This militant race for the fight against women’s cancers took place on December 1, 2018 in Libreville, with record numbers for yet another year.

Anxious to show their commitment and support to those affected by these diseases, nearly 5 800 took part in this race, an unprecedented event on the continent. All along these 5km, our sporty activists didn’t hold back in order to make their voices heard throughout the world on the importance of the battle fought by too many women still.

This year, with sprint world champion Christine Arron as its sponsor, the new edition raised funds for the Foundation’s «Taking action against cancer» program whilst sending a strong message of solidarity to the victims of this disease. The main attraction of the Gabon Marathon and the most popular race for women, «La Gabonaise» is enjoying growing success.

As a beacon in the fight against women’s cancers in Gabon and on the continent, this solidarity sporting event promises to grow in size over the years and aims to be an example for other countries.

Why do I take part in La Gabonaise ?

Because La Gabonaise is a 5 km militant race dedicated to women. No less than 5,800 women united and determined to take up a challenge and surpass themselves in order to raise awareness of a worthy cause.

Because for me involvement rhymes with action, courage, audacity ...

Because I want to share my firm conviction that cancer is not a death sentence.

We can significantly improve patients' quality of life, respecting their dignity. We can recover. We can BEAT THE DISEASE. By spreading information, by raising awareness, by acting. That is why I run, for the women of Gabon. 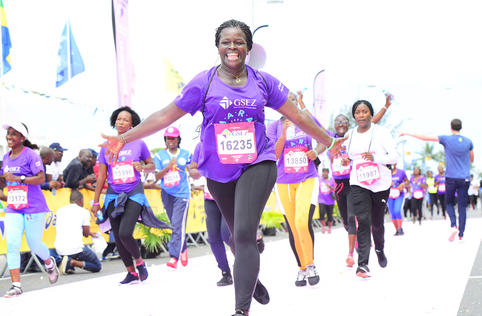 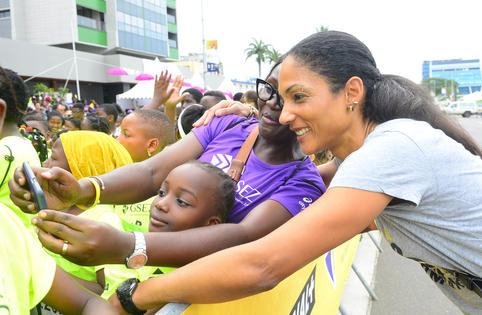